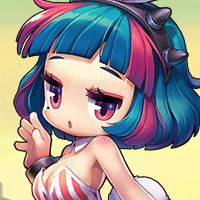 Blackmoth27
May 27th is finally upon us. Please feel free to join us on the last day as the servers come down one by one. More details here: http://forums.maplestory2.nexon.net/discussion/46192
MapleStory 2's servers will be officially closing on May 27th: http://maplestory2.nexon.net/en/news/article/56486/service-discontinuation