Hello friends, I thought I’d make a cheeky guide on the fundamentals of playing the wizard. This is all the stuff you’ll need to know to get started on your wizarding journey to become the greatest archmage of all time!

This post is missing important pictures where you see (x)! To see the full guide complete with pictures go here:

Who are you though, mate?

I’m bear_tek aka bear, a veteran Korean Maplestory 2 (KMS2) and Global CBT1/2 player from Australia. I’ve been playing and maining wizard since KMS2!

I reached the soft cap of level 70 in KMS2 and cap in Global CBT1/2 with the wizard, and I’ve learnt a thing or two to share with you guys. I’ve played every class in KMS2 (including Rune Blader, Striker and Soul Binder) except for Priest. I was also part of the strongest English guild in KMS2 – big shoutout to my friends from Awake!

- The best AOE damage class in the game (Heavy Gunner is close second!)

- Elemental skills are awesome (can bypass some dungeon mechanics in KMS2)

It seems really complicated at first, having to pick between all the elemental skills, but the optimal skill build is actually this:

Below is a list of some other builds that I’ve tested for damage per minute (DPM) at level 50, with 3260 attack stat in CBT2.

If you don’t care for the theory behind this, get on ya bike and skip the rest of this section.

But if you stayed, I know what you’re thinking, “why would I use maxed Claw if it does 125% damage x2 per cast”?

This is where we talk about some hidden Wizard tricks that OG KMS2 players use. I’m about to blow your mind.

There are a few important Wizard mechanics to understand to maximise your damage output.

Macros make the wizard one of the mechanically easiest classes to play in the game.

In fact, you put every single damage skill you need on the one button, like this:

This is where is gets interesting.

My Wizard can cast Flame Wave about 14 times in 10 seconds. If I put Flame Wave on a macro by itself, I can cast the skill about 2x faster if I hold down macro + arrow key.

Don’t believe me? Go and try it yourself!

It gets better, this works for Ice Spear as well. Fast attack speed = faster freezing – this is why Ice Spear is the best PvP spam ability.

But hold onto your pants mate, because I have some bad news for you. Faster casting = running out of Spirit faster too. When you run out of Spirit you can’t cast your Flame Tornados for big damage and all you have left is… Phantom Claw.

This is why weaving Phantom Claw between Flame Wave using the macro is beneficial – because it makes you lose almost 0 spirit so you can attack indefinitely.

Your next question is probably, “Big boss bear, why can’t I just spam Flame Wave and then spam Claw”?

Weirdly enough, this is actually less DPM than weaving the two skills. Even though Flame Wave animation is 2x faster than normal and the speed of Phantom Claw is the same, the overall DPM is less.

After some discussion with other KMS2 Wizard veterans, we have come up with the following theories:

You don’t benefit from the extra DoT damage from Flame Wave if you’re constantly spamming it (whereas Claw does)
You spend more time spamming Claw in total (a weaker skill)
You lose efficiency on your Flame Tornado casts and swapping between skills
There is a slight animation cancel when weaving Claw and Flame Wave
Regardless of the actual reason (if you’re a bigger nerd than I am and know the answer send me a PM), weaving does more DPM in every test I’ve seen.

Jump Clawing is another very simple thing to do to maintain your DPM against moving enemies. As you move towards them, you attack. The problem here is that you’re unable to actually cast with the macro midair because the fire skills can only cast when you’re standing still.

You get around this by using having Claw on a separate key from your macro and spamming it as you jump towards your enemy, and then swap back to your macro when you are in position.

The Claw-Flame Wave-Tornado-Focus Seal build is actually a much better build than the others listed despite the small gap between DPM. You have less variation in DPM on moving targets because you only have 1 big cooldown skill to cast (Flame Tornado), so the bulk of your damage is carried by weaving.

More importantly, Focus Seal provides a straight damage boost to your entire party, not just you. More party damage is better, unless you’re going for the cheeky #1 spot on the 10-man Raid board.

In the works, but remember that macroing Ice Shard is your best friend!

Of course you need to aim for level 50 legendary gear ASAP for better base stats, but the most important aim is to reach the Gear Score (GS) requirement for the late game dungeons and raids.

Once you reach the GS thresholds for the dungeon or raid you want to farm, then you should be thinking about your attack stat, more than the GS of your character.

Generally speaking, the most important part of your kit to enchant first is your weapon – you make large GS gains from upgrading your weapon to +10, as well as the other benefit of clearing dungeons faster (provided you aren’t dying).

Accessories are the next most important part of becoming the world’s hugest wizard – if you aren’t lucky enough to get the stats you want on your accessories, make sure you check the Black Market (BM) regularly for gear with the stats you want.

I won’t mention specific gear here, because this is very much subject to change as the game develops. Use the section below as your guide for how to choose your gear.

(at time of writing)

The best stat in the game is, and always has been, piercing. Since forever, this stat has been the meta defining stat in KMS2 and it seems to function the same in GMS2. The impact of this stat isn’t easily demonstrated on dummies as their defence is low compared with bosses. Don’t confuse this physical or magical piercing!

Piercing helps to bypass enemy defence, thereby increasing the effectiveness of all other stat bonuses you have. You should aim for the commonly quoted cap of 30% piercing damage.

You can obtain piercing on all accessories including belts; try also to get a favourable secondary stat line too! You can aim for a magical piercing stat of 10-15%.

Following the release of Awakening skills in KMS2, the meta shifted away from Critical Damage as the best secondary stat due to boss critical resistance. In this particular meta, it was overtaken by the Accuracy and Melee/Ranged Damage stats.

The endgame bosses had a lot more evasion than previous patches, and Melee/Ranged Damage was not mitigated by bosses as much as Critical Damage. Who knows how the meta will change for GMS2, but these are my thoughts on current stat priority.

An important thing to note about Accuracy - if you’re missing, you’re losing DPM! Get more Accuracy if that happens.

Don’t forget to place and use the Scion of Light souvenir in your player house. It can be found under Furnishing > Souvenirs. It gives a free 60 minute buff for 4% piercing!

Alright team, that pretty wraps up the fundamentals of the wizard in MS2. You are now ready to get out there and show the Muggles of the Maple World what you’re made of!

If you have any feedback for the guide please let me know. Otherwise if you have any further questions you can usually find me streaming MS2 on Twitch (link in the Google Doc)!

Thanks to Gremmies, Faze and Shiffon who helped me to compile this knowledge! 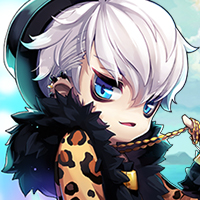 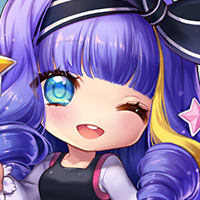 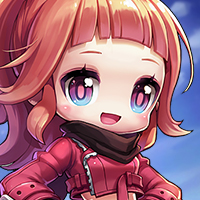 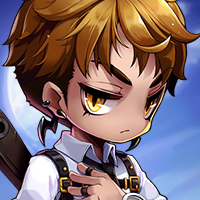 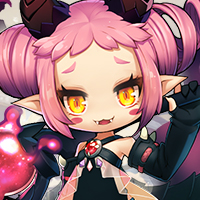 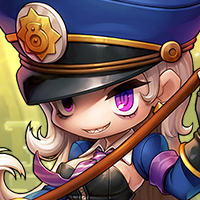