This is a general Berserker guide post-Awakening patch for anyone who is looking for some guidance. I will not attempt to objectively prove anything I say as “the best”, so interpret it how you want to. Much of the info can be taken and modified to fit your own play-style.
This guide covers the Squall tree. I will not be going over the Skull Splitter tree, but it is still viable.
*In case it is not clear, anything with square brackets around it [like this] will be a link to something.

Squall: This is your main attacking skill. You use it to build Whirlwind when Dark Might is unavailable. Whirlwind can be triggered by acquiring 3 stacks of Gale, which are accumulated while casting Squall if you are standing still.

Rend Wound: This is your biggest passive damage. To inflict a Rend Wound stack on the boss, you must deal two critical hits within a period of 4 seconds. Each consecutive stack built creates a new four-second window. Rend Wound will also passively increase Deep Wounds damage by 76% at Level 1, up to 100% at Level 4.

will be reset. While under the effects of Raging Soul, standing on top of Earthquake will provide Dark Aura stacks, as well as increase movement speed by 100%.

Blood Slash: This is your secondary damage skill. Upon casting, it will restore 6% of your health per hit. Casting this skill consumes 10 Dark Aura stacks, as well as Gouges any target inflicted with Rend Wound stacks. Gouging a target will remove all inflicted Rend Wound stacks while increasing the damage of Blood Slash per stack gouged. When under the effects of Raging Soul, Dark Blood Slash will be activated, which can be held down to complete a stronger attack that does not consume Dark Aura stacks.

Whirlwind: This is a buff that is activated upon acquiring 3 stacks of Gale. It lasts for 5 seconds, but will be immediately dropped if you stop casting Squall. Whirlwind increases Squall’s speed and hit count while decreasing its damage and setting the caster’s movement speed to 30%. Whirlwind will also grant knockback immunity while casting Squall.

Dark Might: This is a Rank 1 skill, however, it is not viable before Awakening. Casting Dark Might will consume 10 Dark Aura stacks. Dark Might will apply the same effects as Whirlwind onto Squall, without reducing the caster’s movement speed. This buff also includes knockback immunity while casting Squall.

Rank 1 Skill Build
You want to prioritize maximizing Dark Might and Warrior’s Instinct. If your piercing is above 30.0%, you may consider taking some points out of Warrior’s Instinct.
You want at least 1 point in Earthquake, as it synergizes with the Raging Soul buff.
Choose last points between Blood Price, Deep Wounds, Earthquake and Greatsword Mastery.
Below is my “general” build that I use at 78 SP, though I may change it from raid to raid. I like to put 5 points into Earthquake for the extra tiles, as the bosses can move around a lot. You can also experiment with max tiles, while taking some points out of Blood Price, or minimum tiles, while prioritizing things like Deep Wounds or Greatsword Mastery. 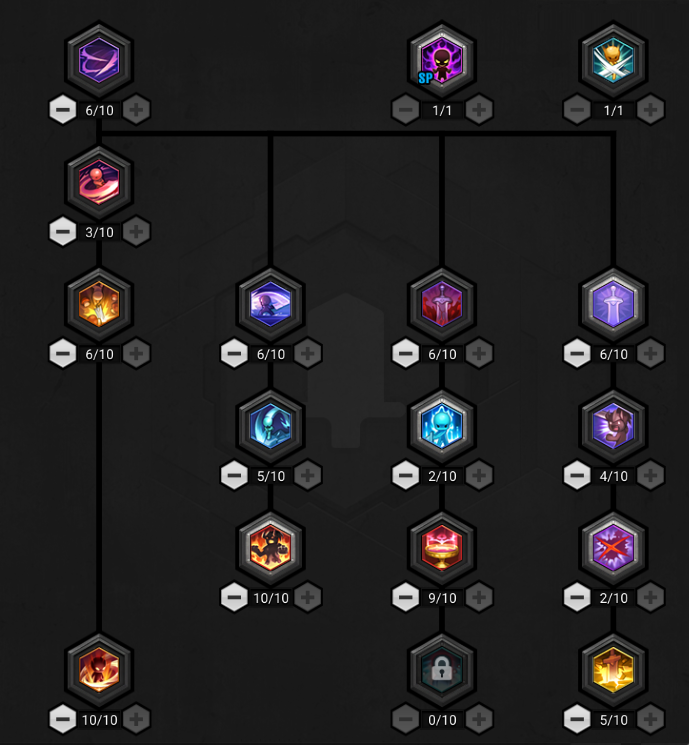 Awakening Skill Points & Build
For the Squall tree, due to the way our gearing setup works in GMS2, it is harder to use crit rate viably. For this reason, utilizing Blood Slash can be a damage loss, and should not be used in certain scenarios. There are niche cases where it is useful, but for this reason, we prioritize maximizing every other skill first.
Before clearing all 3 of the raids (Bjorn, Lukarax and Pink Bean) you will start with 13 skill points. They should be allocated as such: 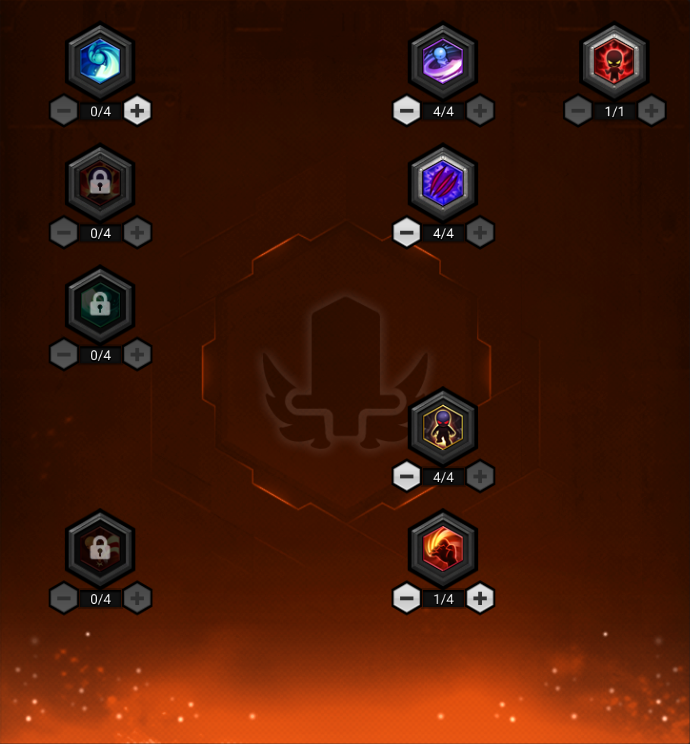 As you obtain more skill points from raids, just throw them into Blood Slash.

On a dummy, the general rotation is as follows:


Demonstrations:
[GIF Link]
(Youtube Link) (<- For some reason when I put this in brackets it breaks the embed)

IMPORTANT: YOU WILL ALSO NEED TO UPGRADE [Sword of Time] AND [Space Rift] LAPENSHARDS TO ACCESS BLACKSHARD NEXUS.

Chaos Raids (both Normal and Hard mode) give one full Lapenshard per run, meaning you can get up to 6 Lapenshards per Chaos Raid per week.

Each Eye of Lapenta raid gives 42 fragments per run, meaning you can get up to 5 Lapenshards per week from clearing, as well as an extra from the merchant in Storm’s Eye.

As a spin Berserker, there are a few different things you want to think about when gearing for raids.


You must think about these things when you decide how you want to gear. Since the raids have a lot of non-boss enemies, it is very useful to stack Melee Damage % on accessories. Even though it does not increase Rend Wound and Deep Wounds, you can make up for the lack of Boss Damage % on your armors.

Due to the way Rend Wound works, some Berserkers are exploring the idea of building Critical Rate and Critical Damage. While this may be beneficial for Hard Dungeons and older content (such as DD), I personally don’t see it being better than Pierce/Damage setups due to the high Critical Evasion on the Level 60 raids for the time being. However, when keeping in mind that we get an additional 40 Strength from our Awakening passive, you may find it beneficial to pull some Attribute Points out of Strength and throw them into Critical Rate without building Critical Damage.

Note: I am not ruling out the possibility of Crit Build being viable, but I will personally not be using it. Please feel free to wait and make your own decisions based off of personal testing or anybody else that decides to make a more detailed proof.

As for the set from Level 60 Raids, all three set effects are entirely viable, so choosing your main set can be very difficult. In any case, you will have to enchant all three sets to a baseline of +10 or so, in order to be able to enter the Eye of Lapenta 4-mans, also known as RGB.

The armors give a 2-set effect and a 4-set effect. The 2-set is only defensive stats, which I will not be considering. The 4-set effect for all 3 sets doubles the weapon’s effect (this does not include the duration or proc chance).

Depending on your gearing setup, the Dark Vanguard or the Behemoth set is very likely going to be the best for you.
Some simple math:

Keep in mind that the Dark Vanguard set will give greater diminishing returns the higher your weapon attack is. If you are planning on optimizing for the future, the Behemoth set is likely the best option.

When choosing your weapon to enchant, keep in mind that the Level 60 Raids, as well as RGB + Blackshard Nexus, have a physical piercing requirement of 15%.

Gemstones
Tier 10 Gemstones are relatively easy to acquire nowadays as long as you do your dungeons, so you may want to have some spare Offense and Power gemstones laying around in the case that you need to change your composition.
Before acquiring your Level 60 Legendary Weapon from Pink Bean, you will want minimal Offense gemstones, due to Epic-rarity items not benefiting as much from Bonus Attack.
Until you get a legendary weapon, consider building 7/1/1 or 8/0/1 (Power/Offense/Accuracy). You may also want to consider using two Accuracy Gemstones if necessary.

Level 60 Accessories
With the new patch, there are four new accessories that you may want to consider using.


If you don't mind the movespeed loss from the Blizzard Belt, it is effectively a 3-line accessory, which automatically makes it better than other belts if you can manage to get good stats on it. It rivals the Old Fairy Belt from getting top 10 in Dark Descent.

If you want some more RNG in your fights, the Madrakan Monarch Set can be terrible or amazing. When equipping both the Madrakan Monarch Earrings and Madrakan Shadow Mantle, you will gain 5 accuracy as well as the Madria's Whim effect, which is a proc-based random buff, with an internal cooldown of roughly five minutes. These can be bad procs such as "Dance for 20 seconds" or amazing procs such as "100% crit rate for 55 seconds", and a whole slew of other effects.

The Frost Ring is a really good ring that gives an extra 2% innate piercing, but reduces your accuracy by 4%. In most cases, that 4% accuracy reduction is actually just going to be a flat 4 accuracy, as it rounds down. Regardless, 4 accuracy can be a lot in this newer content, so I would only recommend running a Frost Ring if you have enough accuracy - if you happen to run the Madrakan set, the accuracy given from that actually negates this loss from the Frost Ring. As Berserkers, this ring is less important for us, as it is not as difficult to get to that 30% piercing cap. Remember, if you go over the 30% piercing cap, you can take some points out of Warrior's Instinct.